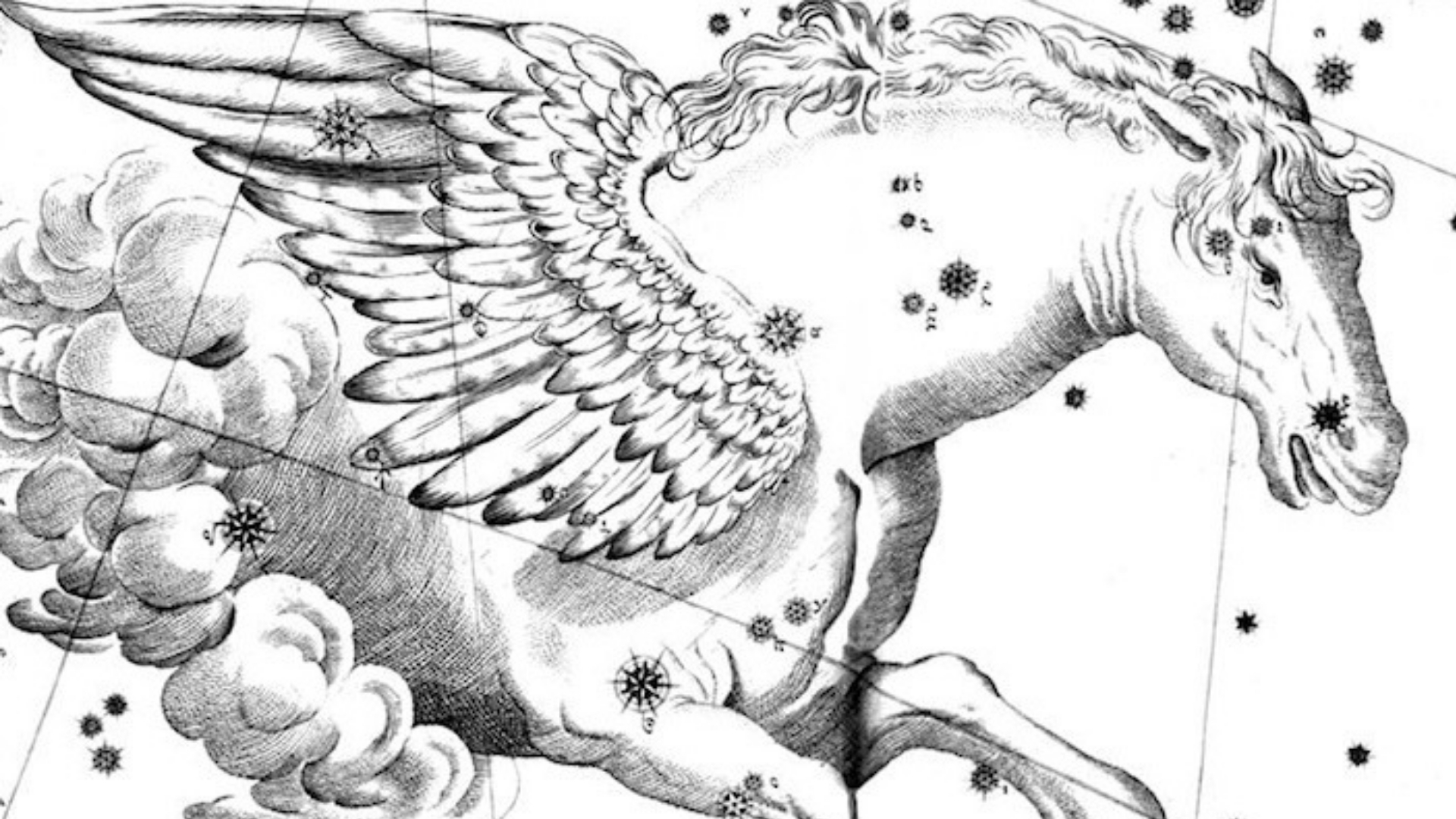 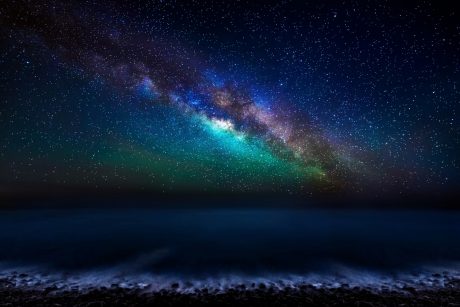 § For the benefit of guests and visitors to Nemeta, JLL has provided for free access an Introduction to Celestics: What’s In It For You including three interviews on his unique method of forensic astronomy, explaining what it offers distinct from conventional astrology. 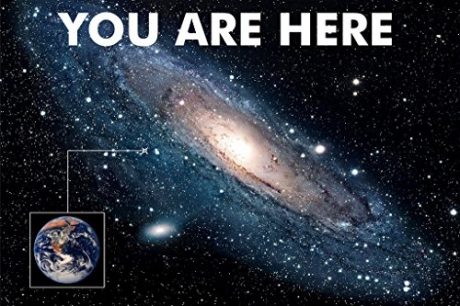 You are here on the landing page for Course 14 where JLL sets out his intentions for Celestics within the framework of Nemeta. These intentions are twofold:

First, to offer the standard training course for anyone who wishes to undertake Celestics, either for interests of self-direction, personal enjoyment and enlightenment, or with the aim of becoming a practitioner who uses this method professionally.

Second, to establish the system for delivering a preview reading, comparable to an on-line horoscope, to anyone interested in learning what Celestics can reveal about destiny, talent, and purpose.

In Celestics, the equivalent of the horoscope is the manifold. It consists of sixteen elements that identify talents and skills of the endowment (see below) plus thirteen Constellation locales and three transitional zones, a total permutation of 16 X 16 or 256 points of interpretation. This may seem like a large number to handle, but the fact is, the standard astrology chart with its components of signs, houses, aspects, nodes, orbs, and more, comprises more than a thousand such points to consider.

The preview reading on offer may be called the manifold preview. It shows where the sixteen elements stand in the Constellation zones at the moment of birth for the client (“the native”). It is called the manifold because it contains a diverse or many-faceted array of components: the eight planets, the sun, moon, and earth, lunar nodes, apogee and perigee of the moon, and the asteroid Chiron. Precise hour of birth is not necessarily required, just day, month, and year. When the delivery system is up and running, the manifold preview can be delivered rapidly using the StarBase 1.0 data base and calculation software which has been custom-designed for Celestics. This software is the realization of a program JLL has had in mind for over 40 years. Thank you to Javier, Rocio, and Lord Michael for making that a reality.

The preview in itself is not an interpretation of the birth pattern. Rather, it provides the elements, rendered in text and graphics, that will be composed into an interpretation by a Celestician. Consider the components of the review like snippets or lines of HTML code in a complex program. The code has to be arranged correctly and strung together for the program to work. Doing so is the art of the Celestician who works in dialogue with the native. Nevertheless, the data presented in the manifold preview allows the clients (natives) to see the Constellational pattern of their moment of birth, distinctly and vividly different from any horoscope they may have seen, including the Vedic and siderealist systems which claim to use the stars. The graphic layout of the manifold looks like this: 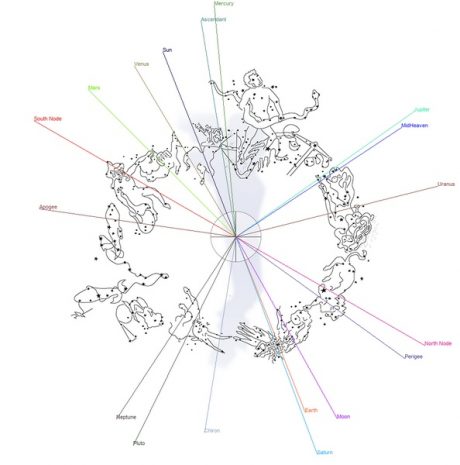 Additional to the graphics of the cosmic code, the manifold preview provides a tabulation of the “Sweet Sixteen” as those components read out according to their positions in the Constellation format (the Rimsite). Here is an example (extract, not the full array) of how the tabulation looks:

Additional to this summary of the Zodiacal locales in the manifold, there is a more extensive tabulation that cites the “Quest and Mastery lines,” as they are called. Below are the Q & M lines for the planets Mars, Jupiter, and Saturn (descending order) in the manifold of American poet and social renegade, Robinson Jeffers, the exemplar for the Celestics training course.

This rendering of the celestial code indicates, for instance, that with Saturn in the TWINS, Jeffers was gifted to undertake the quest “to realize the ultimate nature of duality in the dynamics of union and difference.” And likewise, he was innately disposed to master “the arts of communication in all its forms, verbal and non-verbal, and to observe and demonstrate the conversion of emotion in all situations.” At first sight, the syntax of these Q & M may appear abstract and out of range of ordinary notions of human experience. In reality, it is not so at all. The native who receives this information in a manifold review may divine or intuit some of the phrases immediately, or upon some reflection, drawing up innate resources — as we all do in any case when presented with memes, themes, tropes, factual and scientific intel, or poetic and artistic creations, such as a song or symphony.

Needless to say, there is a considerable amount of data in the manifold preview, covering sixteen instances of Quest and Mastery lines. Some of it will not immediately be comprehensible, but much of it can be highly suggestive to the native, as just noted. The clues and glimpses to be found initially in a schematic form in the preview will be developed into a full-scale interpretation by a certified Celestician.

The purpose of a session or series of sessions with a Celestician is to learn about your endowment. The manifold shows the endowment, written in the code of mythopoetic themes and images. As explained in the three introductory talks linked to this page, the endowment is the ensemble of talents, skills, interests, gifts, and specialized passions that you receive by inheritance from the previous experiences of the various human races. It is your share in the premium of the species. The endowment is the evidence and instrument of phylogenetic transfer. That is to say, the inheritance of acquired traits and evolved talents independent of chromosomally coded blood-relations.

From Quest for the Zodiac:

The endowment can easily be ignored, yet the consequent loss is immense and life-threatening, for this ensemble of specialized learning skills carries the quintessence of our fabled human sapience, our tribal wisdom — what I like to call the Premium. It is the accumulation of many past lives which were not our own, not ‘previous incarnations’ of an exclusional and on-going me or you; yet we benefit from the trial-and-error of those lives as if they had been our own.

The Premium is the distillation of ancestral lucidity, the summation of high-end survival-skills including all we have drawn from the cross-species bond, all we have learned from the wise counsels of salmon and eagle, gorilla and whale, badger, bear, owl, eel; for the Zodiac is a ‘cycle of animal powers,’ after all. The Premium fuses practical and visionary talent into one agenda. It preserves in a time-release formula those rare evolutional skills we need to create a future worth living.”

In Celestics, a full chart reading is called an “audition.” Those interested in following up the preview with a professional consultation can make arrangements through Nemeta. The Celestics audition is conducted in direct contact with a Celestician, by consultation over Skype or Zoom, supplemented with email exchanges, or, in cases where physical locality permits, face-to face meetings. Obviously, in order for Celestics auditions to be made available, there must be Celesticians to deliver them. Course 14 offers the training course in Celestics and provides certification for those who successfully complete the Course. Only certified Celesticians will be referred via Nemeta.

From the manual for the Celestics Training Course:

The StarBase client or subject may be compared to an aspiring actor who auditions for a role. The Celestician describes the requirements of the role, leaving it to be seen if the individual being advised will live up to them and enact the role successfully. “Actor” is a metaphor for the human person as a transpersonal agent or instrument of the species. Only the determined actions of the actor in follow-up to the reading can decide if he or she fulfils the role. “Win the role, then act the part.” The Celestician assigns the role by describing it for the auditioning actor. Adopting the role is an act of self-election. There is absolutely no predetermination of causal assumption in StarBase.

Audition also refers to listening. The client has to listen to the Celestician and get what is really being said, told, explained. The material is not easy-peasy, and it cannot be spoon-fed to the client. The audition demands a heightened state of attention.

Clients need to be informed beforehand of the leading premise. Told in clear and simple terms what the purpose of the audition is, and what it is not. In particular, it has to be stressed that this method does not deliver astrological profiles, fortune-telling, or personality analysis. The client must have an inceptive desire to reach the transpersonal way of life. Like “inceptive Bodhi” — bodhicitta, “the seed of enlightenment” — the desire to live transpersonally is the seed of what becomes the full-blown experience. It is the disposition, in Kalika jargon. “Disposition is the mother of intent.” Without disposition to reach a transpersonal purpose, a SB audition will be useless.

As he explained in the three interviews for futureprimitive.org, JLL made the innovation of including the earth in the horoscope, and, accordingly, renamed it terrascope. This innovation was ongoing in his professional work from the mid 1970s onward. In a parallel development, he devised a way to show the real-sky Constellations around the perimeter of the terrascope, so that he could identify and interpret the position of the earth in the Star Zodiac at the moment of birth. Take a moment and imagine what kind of revelation it might be: to know the placement of the earth in the vast array of cosmic code at your birth.

The earth is one of the elements of the “Sweet 16.” It signifies the myth you love and the truth on which you stand as that love comes to be expressed and shared, by contrast to the sun (always opposite in the sky), which signifies the myth you live out so that you can achieve that ultimate act of transpersonal love. Hence, earth = the myth you love, into which you pour your love; sun = the myth you live from so that you can achieve what you love. This syntax is exact, even lapidary, and the balance it expresses is both subtle and powerful. Celestics observes the Rule of Psyche which comes fourth in the propositions of Mayavada Vedanta uniquely formulated by yours truly, JLL. It is a simple, succinct, elegant proposition which you can, if you wish, memorize in a few minutes. Repeating the Rule to yourself from time to time is known to have a calming and directing effect.

The Rule of Psyche
The beauty of the myth you love matches
and generates the power to live it.