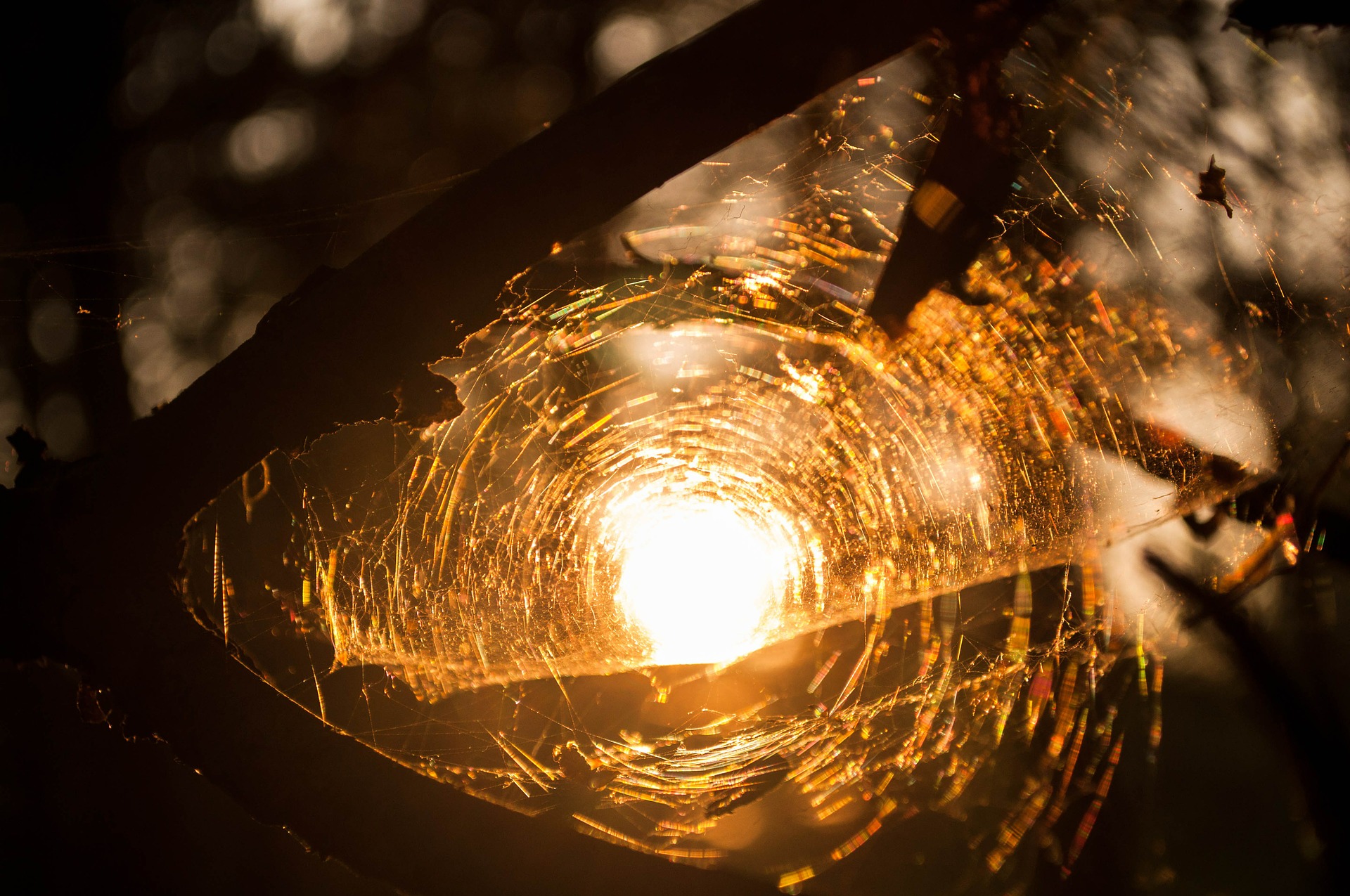 This is a unique course on the quest for the Holy Grail, considered by Joseph Campbell to be the most important secular myth of the Western world. Secular meaning non-religious, unrelated to religious dogma, authority, and institution.

Where to begin about the Grail? There is so much I could say about it touching so many dimensions of this topic. At the outset, I want you to know that mastering the Grail material on Nemeta is comparable to holding a Platinum Visa. Granted, that is a bizarre analogy but it fits. On such a card you can travel far and well, and access the highest privileges and services. You can also do something of the like in “spiritual” terms by drawing upon genuine experiential knowledge of the Grail. This status of high privilege does not guarantee material wealth, but it does not exclude it either. The Legend says that the Company of the Grail was rich, living in bounty and elegance, although stranded in the middle of a Wasteland. What a parable that is.

Whether or not gnosis of the highest treasure in the world makes you rich, it will certainly enrich your life in ways that nothing else can.

Among the projects slated for Terma Publishing is a book with the working title, “An Alternative History of the Grail.” It is projected for twelve chapters, eight of which are complete. With the launch of Nemeta, I am facing double duty with this material: pulling it together into units for Course 3, and preparing the version to go to publication. Doing so, I am taking the opportunity to make the material more user-friendly for those who come to Nemeta. The chapters for the book tend to be overlong and sometimes digressive, so I will be breaking them up into smaller bites for distribution in Course units. The Blocks of this Course will comprise selected excerpts from the nine existing chapters, supplemented by a considerable amount of fresh, previously unseen writings. And talks will be added as I get to that, Goddess allowing.

The focus of Grail studies is dyadic, comparable to the two foci of an ellipse. One focus is the traditional “Arthurian matter,” the massive body of writings about King Arthur and the Round Table, with Wolfram’s masterpiece front and center. The Grail Quest is a dominant theme found in many variations in European folk-lore and legend, running from early works such as the seminal Welsh legend Peredur to later ones, such as Le Morte d’Arthur by Sir Thomas Mallory (d. 1471). The units to be released selectively on Nemeta present an exclusive and exceptional gnostic treatment of this rich and resonant legacy.

The other focus is the Mysteries, the theme of the book in progress which traces the untold story of the diaspora of the telestai who fled the Middle East after 400 AD. It describes how refugees from those ancient schools of shamanic wisdom sought sanctuary in the westlands of Europe, in Brittany, Wales, Ireland. This historical account of the survival of the Mysteries is exclusive to my work, and now it comes out in selected units on Nemeta. Such an account cannot be found (to my knowledge) anywhere else on the internet or in any book.

In unit 3 of Block 101  you will find a longish synopsis of part of Parzival by Wolfram von Eschenbach. I recommend reading this work in its entirety, either in the translation of Cyril Edwards (my preference, due to its stunning cinematic qualities), A. T. Hatto (easily available in Penguin classics), or the verse rendition by Jessie L. Weston. It’s a long haul but it can deliver a great thrill to those who can stick with it. I advise readers not only to follow the plot, of course, and what a plot it is!, but to give special interest to the way that Wolfram handles the narrative. On that remark, a word of guidance on his tactics of narration might be fitting.

Throughout his masterpiece, Wolfram switches the manner of narration in a fascinating way. He uses different tactics of story-telling, additional to direct narration. In some passages he breaks from straightforward recounting of events to comment on  the narration: in those instances, he, the storyteller, speaks directly to the audience. Instead of just telling the story, he talks about telling it. This is equivalent to an actor in a film turning to look out from the screen and address the audience. It is well worth noting the occasions when Wolfram does so, and reflect on why he does so, and how this tactics of narration gives a twist to the tale.

Then again, in other passage Wolfram presents some of the narration through the speech of his characters.  In film-making this tactic is called exposition, when characters explain the action to the audience. Of course, they do not turn and talk directly to the audience. The characters discuss matters among themselves and the audience overhears it. Exposition of this type advances the action.

When Wolfram interjects with first-person commentary, turning directly to the audience, he does so with a specific intent but it remains for the skillful reader to discern what it is. For instance,  he uses this tactic at the key moment (Ch. 8) when he introduces his source, Kyot, presumed to be the man from whom he learned the Grail Legend. There, as if off-handedly, he interjects a comment about Kyot who proves to be an extremely important agent in the discovery and transmission of what I call the plot formula of the Legend. This way of introducing Kyot is remarkable and signals a special importance to the reader. There are over 200 specific named characters in Parzival, as well as numerous dogs and horses also named, but this is the only instance where Wolfram breaks away from narration and makes a point of telling the audience directly about his literary source.

So, the composition of Parzival reveals these tactics: direct narration, first-person commentary by the author, and exposition through the speech of characters. If and when you get around to reading the whole story, you will be rewarded by giving close attention to the how Wolfram switches between these tactics. Doing so, you will appreciate the subtle and masterful composition of the narrative. It is like watching a director shift the POV of a film, using different perspectives suited to what he chooses to reveal in different sequences.

Parzival exemplifies what I have called a Swan Deva Romance, also a Vajrayana Romance. By that I mean a particular genre of story with these three attributes: a vast canvas of action, love in the time of war, the convergence of East and West. Dr Zhivago (film by David Lean) is a Swan Deva Romance, exhibiting these attributes. I would venture to say that Parzival is the ultimate Romance of this genre. The backstory about the hero’s father, Gahmuret, places him in the Middle East where he has an affair with an Arabian queen, Belcane. The product of this affair is Parzival’s half-brother, Fierfiz, who comes to the West at the conclusion of the Legend. The Passing of the Grail is the grand theme that concludes the adventures of the Grail Knight. It is accomplished by Fierfiz and Repanse de Schoye, the Grail Maiden, going on a mission to inner Asia (modern Tibet) to find the kingdom of a mysterious regent called Prester John (associated by some scholars with Shambala). Thus, the sweep of the Legend encompasses East and West.

Elsewhere, in essays on Planetary Tantra, I have shown that the Grail as a numinous power object shows up in Tibetan Buddhism as the “Wish-Fulfilling Gem,” an artifact-symbol of high importance in Asian Tantra. 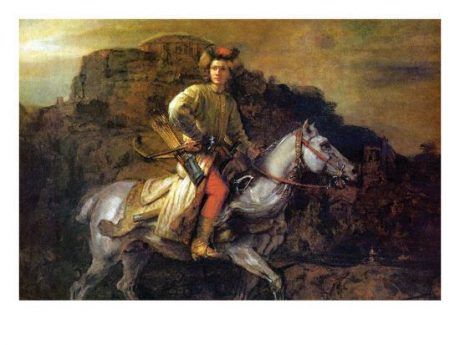 The “Polish Rider”, an enigmatic (and enigmatically named) painting by Rembrandt (c. 1650), has been connected to speculation about Prester John, mainly in the Steiner cult. (I went to the Frick Museum in NYC expressly to see it—one of the rare occasions when I ever visited a museum.) Various Steinerite’s claim it is a portrait of Saint Germain whom they regard as a master adept of the Christocentric/Rosicrucian Mysteries. Rumor has it that the mesa in the background suggests a fortress to be identified as Shamballa, of which Rudolf Steiner spoke in hushed tones. If it were true, this painting would be hard evidence of a massive link between Mystery traditions in East and West. In 3.101.2 and elsewhere I lay out my differences with RS, which are considerable. I hold Anthroposophic claims about this painting to be spurious, a weak and untenable fabrication, but nevertheless the existence of the rumor attests to the power of historical imagination in the genre of Swan Deva Romances.

A key topic in Grail Studies is commitment to the origin of the Grail Legend, the dominant directive myth of the West. Oddly enough, it appears that the Legend originated in the East! Likewise for the Sophianic narrative of the Levantine Mysteries. It originates with the Magian Order founded in northern Iran on the Urmia plateau, and it was widely propagated from Syria, the homeland of the Mysteries. How then can I claim to teach a unique directive myth for the West, that does not come from the West? Great fucking question.

You will have to delve into various units in the forthcoming Blocks in this Course to get to the bottom of that one!

The telestai who founded and led the Mystery Schools formed a teaching class. The knights of the Round Table formed a warrior class dedicated to protect the telestai who flew westward for refuge, and they protected them for about 800 years, from 450 to 1250 or so. In their own time and setting, the teachers of the Mysteries did not have protection, and apparently their curriculum did not include training in the martial arts. Today, it’s an entirely different story. With the public disclosure of the deepest secret of the Mysteries, instruction by the Organic Light, the moment has come that requires a warrior class to protect the Company of the Grail living today.

To attain of the Holy Grail is to encounter the Organic Light. That is the one and only supreme meaning of that fabled attainment. Now, as the Adventure continues, the very insanity of the world raises the challenge to form a warrior class, not merely to protect the Grailkeepers, but to protect all that lives, all sentient life, human and animal alike. Such is the mission of the Kalika War Party.

It so happens—and yes, this is a very great fact—that events in the course of the 20th century reveal the inceptive merge of Grail-inspired mysticism and commitment to the Grail warrior path. Parzival was both warrior and mystic. So, in his own way, was Adolf Hitler, depicted in a poster of the 1920s in the guise of Parzival. The path of the Grail Legend coming ahead from the Arthurian tradition goes straight to the militaristic occultism that inspired the Third Reich.

Some selections from the unfinished chapters of the “Alternative History” are slated to appear in the Blocks of this Course. That material delves into the topic of the Grail-inspired warrior mystique behind the so-called Nazis, and looks forward to its resurgence in the near future.