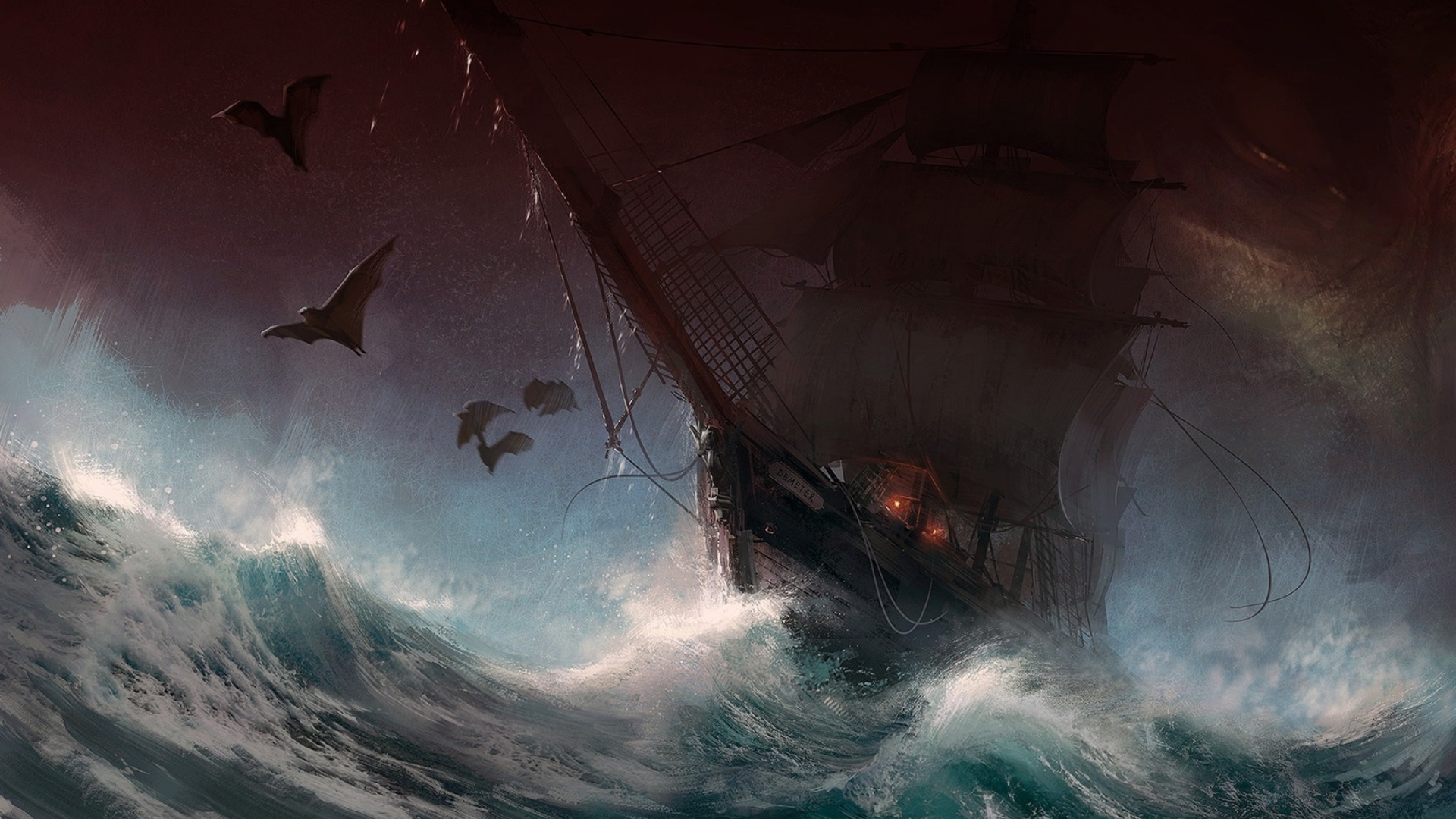 The Gaian Navigation Experiment (GNE) was a novel participatory event that took place between March 2011 and March 2014. During this time frame, now defined as Reset, a self-selected group of volunteers undertook to interact directly with the plenary planetary intelligence, Gaia-Sophia, under the guidance of the Navigator, John Lamb Lash.

The Nav Briefings presented here, along with relevant supplementary materials, are the reports from the Navigator on the bridge, delivered in real-time throughout the course of this unique and remarkable experiment.

Nav Briefing 118: In the Beauty of Anthropic Dreaming

Consider the fact or suffering, contrasted to the question of suffering.
Not in His Image, Chapter 19: A Unique Message of Love

The divine victim mirrors to humanity, not the solution to our suffering and a way to overcome it, but our total, consuming enslavement to it. Victimage works because it makes the force of suffering look stronger than the life force itself.

Victimage: the victim-perpetrator syndrome, unique to the human species, also known as abuse-bonding, distinguished from the prey-predator bond of non-human animals. The latter is an expression of the symbiosis of life in the terrestrial habitat, Sophia’s dream body. The former is am insidious trap of emotional enslavement from which many millions of human animals will never extricate themselves.

“The Wheel of Compassion” Originally described as having six spokes

To which may be added:

In the Five-Skull Crown instruction (better said than initiation) of Tantra Mother, contempt is the supreme moral virtue that meets and overcomes envy, central to the crown. But it also does double duty by inclusion in the Eightfold Wheel of Compassion, complementary to gratitude.

This talk make some references to the premises and organization of the KWP, the Kalika War Party, launched in a Red Ice interview in December 2014, eight months after the completion of the GNE. For instance, “no harm intended.” Clarification: Shooting someone in the head does not harm them as long as the shot is immediately fatal. Funny when you think about it that way.

The GNE course is the only known body of work that orients you into the mind of the planet, in granular detail, as the Mother Ship journeys through the cosmos. It is an essential corollary to the Planetary Tantra, Sophianic Cosmology and Celestics courses.

Theme Song: Sand And Foam by Donovan (1967) This song has a nostalgic strain for me — remember the words of Simone Signoret, La nostalgie n’est plus ce qu’elle etait: “Nostalgia isn’t what it used to be.” — reminding me of the time I lived with Jan Kerouac, my Valentino vamp, in the remote coastal village of Yelapa, Mexico. The tropical mood has a sweet piratic feel to it and some lyrics evoke the lazy pirate life, drinking smuggler’s wine. For us, the Valley of Scorpio was where we lived in a jungle house at wintertime beneath the awesome presence of the diamond-hard body of the Scorpion constellation. “That crystal thought time in Mexico.”

gaiaspora.org was created to track the GNE over the three years. It is still on line with some introductory material though not all the briefings which are now here on Nemeta. It contains links to many interviews JLL gave from 2007 to 2012. The link to GNE Transcription Project takes you to a page originally intended to coordinate the volunteers who transcribed the GNE audios into text. This task has been completed but there is considerable editing to be done, as noted in the gold card. The eternal gratitude of the Nav goes out to those who took up his wish to see the GNE Logs printed out in a beautiful edition, Navy Blue hardcover, gold embossed titles with the signature of the Celestial Anchor on the spine of each volume.

From Parzival
Translated by Cyril Edwards

“Joy and sorrow were both present there. Then he kissed those loyal men, saying: ‘You must not grieve immoderately over my brother – I can readily compensate you for his loss. Turn the shield the right way up, as is fitting. Keep to joy’s path. I must now bear my father’s arms. My anchor has struck his land. The anchor is a wandering knight’s mark. Let him now wear it and take it upon himself who will. I must now live the life of the living. I am powerful. Why should I not be a people’s lord? They would be grieved by my sorrow. Lady Herzeloyde, help me, that we may ask, I and you, the kings and princes present here to remain for the sake of my service, until you grant me what Love’s deeds desire of Love.”

§ Example of the GNE Transcriptions:

Greetings to the crew of the Gaian Navigation Experiment, to friends, students, and allies scattered across the planet and anyone else who cares or dares to listen. This is another Nav Briefing from your navigator John Lash. I am recording in the early hours of June 3, 2013. This is Nav Briefing 69, and the title is ‘Eros and Psyche.’ So you can see from the title that I am finally getting around to the little commentary on the fable of Eros and Psyche that I promised some time back. Before I go into that material however, there are some events relating to the GNE that I wish to address: things that slipped past me due to fluctuations in that ratio I mentioned, that is to say the ratio between transception and delivery, or to put it in more mundane terms, between thinking and speaking.

So, first of all, I want to say a huge thanks to all of those who are maintaining the Facebook page, “Sophia’s Correction.” I just love this page and whenever I look at it I am immediately stunned by the beauty and integrity of the content. And I want to thank you all for participating and for setting it up and for maintaining that particular vehicle of the Sophianic Message in fidelity to Her story and to the principles of Planetary Tantra. It is an enormous gift to me that you’re doing this and it doesn’t go by me, believe that. Also I want to say that I commend you on your sobriety and your warrior skill in warding off and ignoring and disregarding and eliminating anything that is not utterly beautiful. So no more needs to be said about that.

Secondly, the same gratitude goes out to those of you who are using and maintaining the Channel 16 Forum. We’ve been in a new phase with Channel 16 since the beginning of the year, you know. And I haven’t addressed that yet. It is my intention, be assured, to dedicate at least one and possibly two talks specifically to the operation of Channel 16 since the complete recoil of Jupiter which represented the moment of loading the induction coil in the Pleromic Relay antennae, which is one way or one kind of metaphor for Channel 16. So you are maintaining the channel for me. It’s like a signal room on the navigation deck and although I’m not over there necessarily that often checking in with you in the signal room, I know that you’re maintaining the signals and dispatches of the Mother Ship in a brilliant manner and I thank you all for doing that. And I thank you again for eliminating and disregarding and anything that comes in in the realm of dis-info, trolling, or static. I trust you do that and as far as I can tell you are doing a terrific job of it.

It is difficult to estimate the extent of the Logs in final form. The total of 826,000 words at 360 words on a page computes to 2300 pages. The complete collection may come out to eight volumes of 300 or so pages each. Many illustrations would be reworked and added. There would be a final index volume.

The Gaiaspora are the adepts of Mysteries yet to come who go into the future in correction with the Aeon Sophia after March 2011. They are the navigational crew who sail the Mother Ship toward the true destination of humanity. Coming from all races, religions, languages, and cultures, they defy the past and defeat the tyrannical lies of history by entering a visionary adventure in real time. The GNE Logs plot this journey, recording how Gaia recovers her direction and impacts the human species with the immediate, spontaneous animation of her divine intention, her designs and purposes.

On March 19, 2011 the planet earth established a two-way real-time signal link with the core of our galaxy, called the Pleroma in Gnostic teachings. This event was announced by a sonic boom emanating from the barycenter, the common center of mass of the earth-moon dyad. The sonic eruption, due to the barycenter exceeding the speed of sound, was not the transgalactic signal sent but the telluric signal announcing that two-way communication is now underway.

And so it began. For those who were not on board through that virgin journey of three years, reviewing the GNE in full is now possible due to an epic feat of organization by Ceridwen, admin of Nemeta. I have consulted with her on how to dose the content, consisting of talks, text, and illustrations. The units in the curriculum panel for Course 15 give access to all material in chronological order.

Please note carefully: In June 2011, JLL launched the GNE by writing Crew Notes which are quite text-intensive, presenting a lot of content with drawings and astronomical illustrations. He also included some audios but the Navigator Briefings did not begin until February 2012, ten months into the GNE. Thus you find NB#1 in Crew Notes 16 for that month. From then on, Crew Notes with text and the audio-only NBs occur together, overlapping. This continues until May 2013 with the conclusion of written Crew Notes at the 24th installment, The Tempo of Correction. NB #64, Christ or the Symbiont?, of that same month begins the series of audio-only uploads, running to NB #118 in March 2014.

As you may imagine, it has been quite a task to sort all this material out and distribute it into the appropriate format for release in this Vocation. I was astounded by the amount of material, talk and text, in the Crew Notes, most of which I had completely forgotten. I still find it hard to believe that I continued writing those notes when the briefings were well underway. Merely to keep track of what year I was considering with each unit practically incited an autistic meltdown. Not only that but I released the Gnostic Sabotage series at the end of 2012, when the GNE was running in high gear, and I brought out Celestics in January through March of 2014 when the GNE went to its conclusion with NB 118, making a total of 130 mp3s. About 150 hours of audio in total. ‘Nuff said.

Salty regards to each and all, 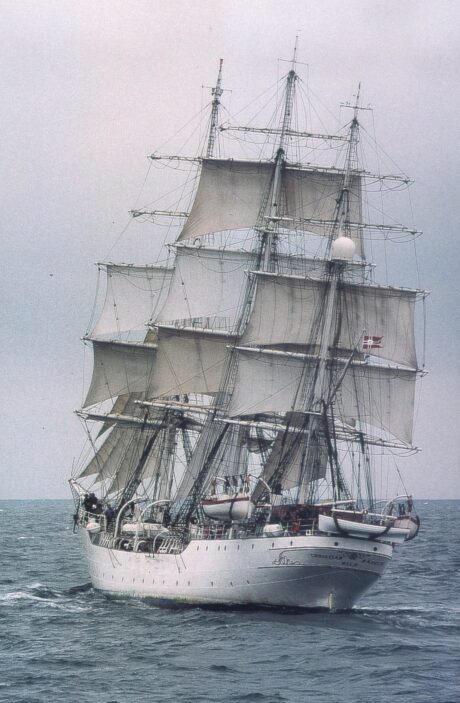