The Soft Bark of Sanity

Where there is reverence, even a dog’s tooth shines.
– Tibetan proverb

§ This page of Nemeta is the portal to all material on Dog Zen, intersectional with The Dragonfly sutra and Maitreya Challenge — forming a three-ring event or, if you like and even if you don’t, a trikaya trope. By way of introduction there is the talk recorded on May 14, 2017. Although this talk is densely loaded with allusions to the principle and techniques of Planetary Tantra, its basic meaning will come across to anyone of sane and open mind. Otherwise, it’s just barking in the breeze.

NOTE: See below for a guide to the organization of this material.

A quick search on the internet brings up a wealth of material on the Tibetan letter A (below on left). For instance: “The letter AH is the 30th and final letter of the Tibetan alphabet. It is counted as both a vowel and a consonant. Its sound is inherent in all of the letters and unless a syllable has a different vowel added to it, the vowel sound is ‘AH.’ Its energy is considered neutral, neither masculine nor feminine. The sound ‘AH’ has great esoteric significance. It is considered to be the sound and vibration of an enlightened state of being.” (Nine Ways – Ancient Wisdom from the Yungdrung Bon Tradition)

“Fuckin A” is an American colloquialism expressing a mix of approval and amazement.

How appropriate, then — or should I say, how appropriate, zen? — to find this one of all letters represented in the logo for Dog Zen. But do not infer from that allusion that DZ is about enlightenment — at least not in the assumed sense of the term as it stands before the world today, and has stood for 2500 years, loaded with attributes and implications arising from the legacy of Buddhism. Why not? 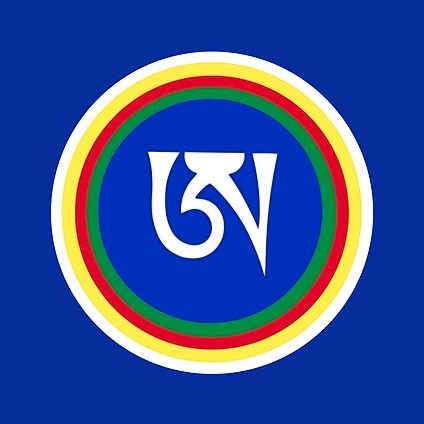 Well, Dog Zen is first and foremost about sanity, defined as the harmonious integration in human character of the best attributes and capacities, the moral, mental, and emotional talents of the human animal, the anthropine, generically considered as a species manifesting in diverse racial strains. Arete is the Greek word for excellence which may, with some measure of accuracy, be equated with the Sanskrit arya, “noble, excellent.” By a little stretch, noble goes to the Greek gnosis: hence, gnobility. The factor of gnosis, elite or superior  knowledge, is basic to true nobility, those who embody and preserve the excellence of a race, the “A-list” of the Rhome. Such are the members of any racial stock who lead the people and set the example of the best for the rest.

Let it be perfectly clear, I don’t aim to refute Dzogchen, but I do intend to interrogate it, to challenge its goals, premises, methods, and its presumed results. Nevertheless, the mere act of questioning Buddhism in this manner may verge toward refutation, especially as some obvious objections may arise naturally regarding the issues in question. At moments the interrogation may appear to be hostile. At others, contemptuous. My basic stance, however, is essentially comedic. I seek to make fun of Buddhism in all shades and schools, and ultimately to make  enlightenment an occasion for fun. Dog Zen regards enlightenment as an event in progress, not a state to be attained and retained in some sort of fabled “permanence.”

Introduction Audio: The Woke and the Woof

Whoever has thought most deeply, loves what is most alive;
Who has seen the world as it is, knows virtue.
And at last, those who turn wise will often
End up in the Beautiful. 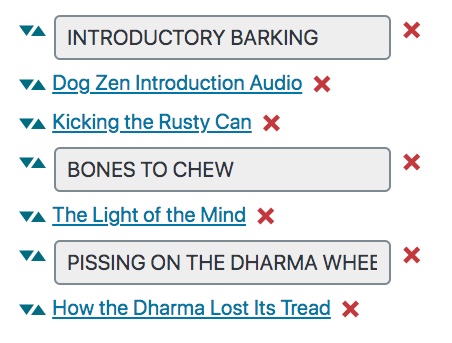 The usual curriculum panel at the bottom of each course landing page, pictured here on right in the editor’s view,  is standard for all Courses. From the Course landing page of DOG ZEN (you’re on it), you scroll down and go to blocks and units, at your pleasure. It appears, Goddess willing, that there will be a relatively constant stream of talks and some text coming out with DZ. I make no pretence of attempting to organize this material, which is largely non-linear, spontaneous, sporadic, hit and run. Without getting too fancy, but in the vital interest of setting boundaries, I am setting up the panel with three blocks, shown here in capital letters:

BONES TO CHEW delves with canines bared into miscellaneous topics such as the eight similes of Dzogchen.

PISSING ON THE DHARMA WHEEL will be dedicated to direct critique and comedic assault on treasured tropes, absurd techniques and the claims attached to them, and long-standing DOGmas of Buddhism. In some respects the material in this block verges toward Maitreya Challenge, a short book in progress. Material in this block will be somewhat antagonistic.

Within the blocks are unit pages, presenting text and talk. The trick is, each unit-page contains more than one talk. For instance, there are currently (Jan 8, 2020) six talks in the unit-page Kicking the Rusty Can in the Block INTRODUCTORY BARKING. It’s set up this way to accommodate the free flow of spoken instruction, as well as to limit the work of creating a unique unit-page for each mp3 uploaded.

As always, you will be provided with a downloadable link for these talks. 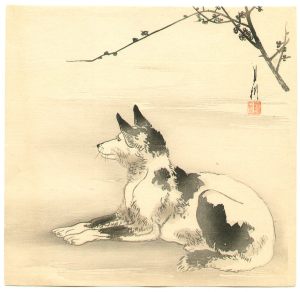