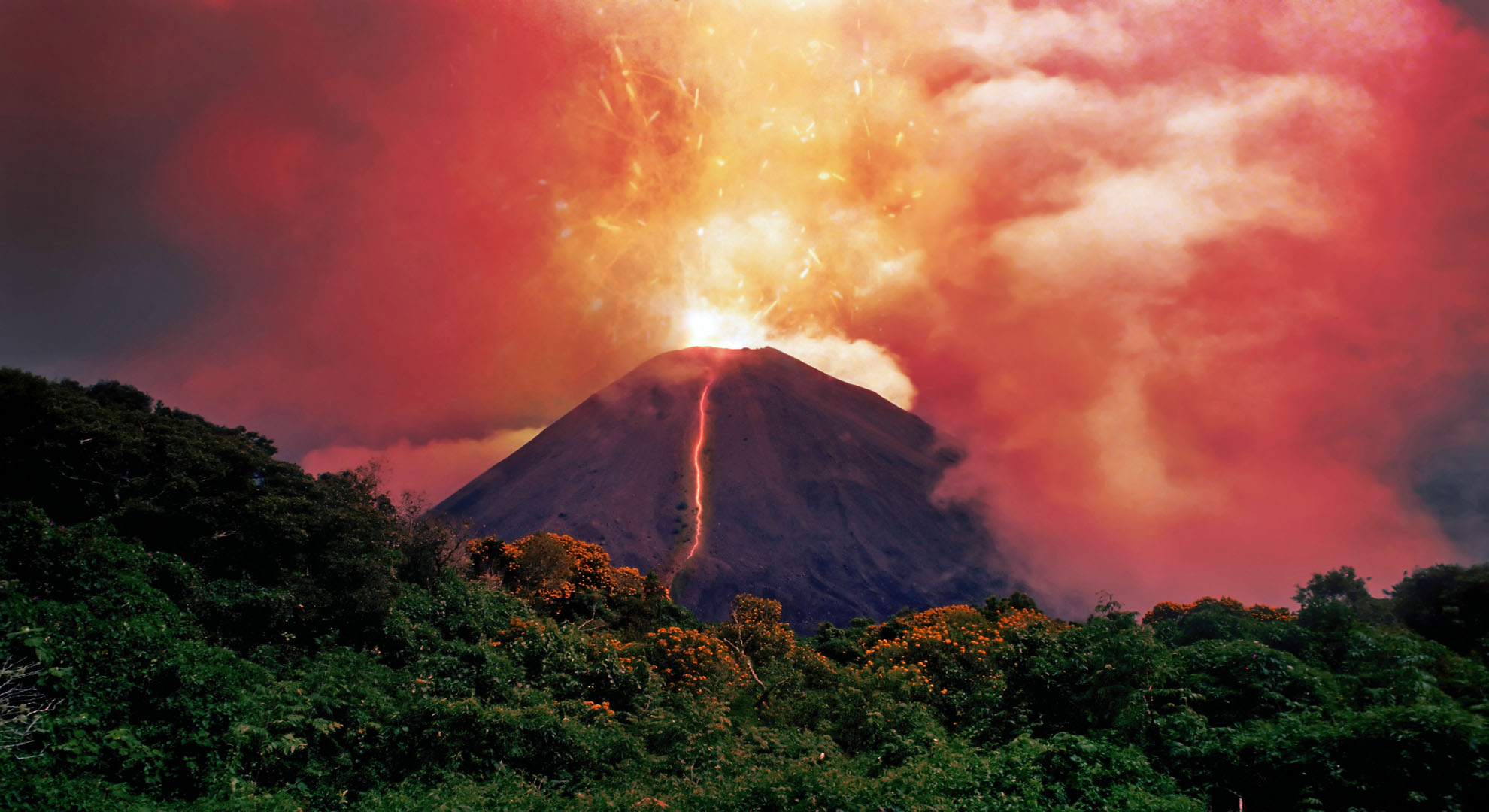 Still, the resurgence of the Mysteries is not a matter for magical thinking. It is neither a utopian dream nor a mystical fantasy, but a call to genuine, real-life consecration. The Dark Ages that began when Hypatia was murdered have never really ended. We live in the last days of Piscean Age, the Kali Yuga in Hindu mythology. This is a time, the old legends say, when exceptional gains in spiritual life are possible in individual cases, but they occur against the background of extreme decay and degeneration for society at large.

From the last page of Not in His Image

Theme Song: Californication by Red Hot Chili Peppers. Note the ride on the dragonfly — a primary trope in Dog Zen.

Nemeta Course 8 derives from a body of work I undertook in 2012 in anticipation of the much-discussed “Maya endtime”, widely believed to have been due to occur on December 21st of that year. As explained in the lessons, I calculated the much-hyped moment of presumed “galactic alignment” to be in 2216, rather a stretch down the road from the Mayan calendar. It so happens that other Mayanist scholars who revisited the calendric model around that year reached a new estimate of the fabled end date, extremely close to my own.

From the outset, much of the material in this Course is specific to the timing and conditions of Kali Yuga, and there is a lot to be said on that topic. But in the larger sense, Course 8 is not only about Kali Yuga. It is also an open-ended exploration of what is to be done in Kali Yuga? In that sense, it touches on issues of Contra-Violence 12, it engages the dynamics of Living Myth 6, and it extends toward the haunting question of who keeps the Grail? (Course 3). In other words, this study goes to the big picture, touching various facets of what can truly be called a cosmic riddle.

In the widest sense, Course 8 explores and extrapolates the metaphor of “the divine experiment.” Those who have followed my work closely for some time will all confirm, I believe, the power and beauty of this metaphor. In my view, after having tested it rigorously for many years, I am convinced that this single metaphor can release human NLP from religious conditioning, thus clearing the way to install the sacred narrative. All through this Course, Block by Block, you are advised to regard Kali Yuga as a riddle embedded in that master metaphor. And use the riddle to pose questions:

How come the Aeons, existing outside of linear time, nevertheless use the frame of linear time to break down the development of an experiment into daily episodes, the Kalpas of 26,000 years of human time?

Why does human potential decline in the course of a Kalpa?

How many preceding Kalpas have transpired in the divine experiment with Anthropos-10?

The riddle of Kali Yuga prompts many questions, and it inspires some astonishing answers as well. Foremost among the revelatory insights it affords is this one:

Correction is a cosmic anomaly that allows the Aeonic Mother of the Anthropos to reset the experiment eleven minutes before the end of the Aeonic Day, rather than acting on protocol and waiting for the midnight hour of the Kalpa, 2216 CE. Hence Anthropos-11 emerges under special and unprecedented conditions.

These essays, plus new talks and supplementary material not published before or released online, offer unique access to an overview of the grand scheme of the World Ages measured by the star clock (precession). My overarching aim is to place the current moment of historical time in the pattern of cosmic timing. The study of the World Ages measured by the 26,000-year cycle of precession of the equinoxes is one of my specialties. I can confidently say that I rank among the few world-class experts on this arcane topic. Come to think of it, I can’t name anyone else currently established at that level.

This material can be extremely dense in places, some calculations are required. You are invited to follow them, not compute them! Also, it incorporates some technicalities of both naked-eye astronomy and calendric systems from ancient legacies such as the Dendera Zodiac, the Aztec Calendar stone, the Hindu Yugas, and more. I have broken down the original nine long and complex essays (no longer posted on metahistory.org) to manageable portions in the Blocks, and supported them with additional talk and text which I believe will be helpful for assimilation.

Those who find this topic to be of interest can be prepared to stick with it for years, as it pays off well on considerable reviewing and reassessment. With the calendric systems especially, it may take some time to configure your mind to the cyclic models. Modern people are not accustomed to thinking cyclically but rather in banal mundane linearity.

Initial speculation about the possible Maya dating of the “endtime” peaked briefly in August 1987 with the “Harmonic Convergence.” In the debate at that time, Jose Arguelles played a central role with his declaration that the end of the Maya Long Count indicated a moment when a beam from the galactic center would sweep across the earth and produce magical effects. If I recall correctly, the period of the beam matched the precessional cycle of 25,920 years. It seems that Arguelles simply attached a fantastic interpretation to known phenomenon of astronomical timing. In The Mayan Factor, he claimed that Maya civilization disappeared (nodal moment: 731 CE) by dematerialization when some of the population were teleported off the earth on that mysterious cosmic beam, and predicted that the same would happen for many people in 2012. His theories won him two minutes of fame on CNN.

I am not deeply enough involved in the debate around 2012 to know if Arguelles’ ideas are undergoing a revival, but I sense that others, a younger and more creatively inspired crowd, might have taken over his notions, and morphed them considerably. There may be a reprise of Arguelles’ concept of dematerialization in some circles, but I would rather hope not. Calls for escaping the planet will not be tolerated on this site. I am probably out of touch with the pulsations of the new crowd who are building expectation of 2012, but it looks to me like the best options for the Maya endtime are erupting from the orgiastic imagination of younger people in the counterculture, people who are ignited with all manner of erotic, cosmic, artistic, mantic, mythopoeic, and esoteric inspirations. Hence, my speculation (8.101.2) on the tribes to come….

§ It would be foolish to dismiss the possibility that the huge buzz around 2012 was the reflection of a collective psychic event of some kind. The question is, Did the discussions, speculations, and predictions about 2012 point to that event, or do they merely draw attention to themselves? And, with the benefit of six years of retrospect, the second question would be, Where to go from all that chatter of that time, now that the long-awaited date has transpired? §

The discourse on 2012 was dominated by claims about the evolution of consciousness making a huge jump, a paradigm shift. Humanity will realize the noosphere of Teilhard de Chardin, for instance. I have a gut feeling that this kind of high-toned chatter might be distracting us from the genuine possibilities of the moment. This type of speculation could be off the mark if it does not offer a message of change that specifically addresses the terminal social and material conditions of the Kali Yuga. It is one thing to claim a quantum leap into cosmic consciousness, and support it with abstruse computations that go back 16 billion years (Calleman), and another, say, to rally against the social menace of revealed religion. The first is a mere hypothesis, glorious or not, the second is a revolutionary stance, involving a call for action and transformation.

I, for one, begin to wonder if the promise of a sudden, spectacular shift in the collective mindset may not be deviating or undermining the actual breakthrough that is emergent as the world lurches toward 2012–and beyond. What if this breakthrough is about facing the human condition, rather than skateboarding at warp speed beyond it? If Sophia relies in some way on humanity to achieve her Correction, as the Gnostics taught, the human condition will either contribute to that magnificent possibility, a planetary course correction, or impede it. Any breakthrough coming out of the 2012 meme depends on how we view the human condition, regarding both resistance to entering the correction, and the skill and inspiration required to enter it.

§ Bear in mind, I wrote this paragraph in 2007, pre-Terma. Also, at that time I did not know there was a Reset in the works. As it turned out, Reset began in Spring 2011, about eighteen months before the anticipated endtime of December 21, 2012. You could say there is mythopoetic truth in the fact that the date fell in the middle of Reset. §

I sense that expectations of a paradigm shift in 2012 are contaminated by two distortions, concerning the scope and the manifestation of the shift. So far, I am not convinced that the notions circulating about the Maya Endtime offer a reliable preview either of what can happen, or the scale on which it can happen. My main criticism of the speculation is that, although it may use historical references, as seen in the close correlation of the “thirteen hells” and “nine heavens” to known events, etc., in Calleman’s scheme, this approach does not identify the prevalent pathological motif of Kali Yuga. I designate that motif as the narrative spell of revealed religion, enshrined in the authority of The Book.

But what if the breakthrough of 2012 involves breaking the spell of The Book, i.e., overthrowing the spiritual and moral tyranny of the Abrahamic faiths? What would it mean to disempower the narrative spell? What conditions would arise? What kind of behavior would result? How would the human condition itself be changed, radically and permanently altered?

As I write this Introduction, the Mayan calendar has expired, according to some calculations. But my revision of the endtime, which was confirmed by expert chronologists who reviewed and revised the standard dating, put the end of Kali Yuga at nine generations after 1945, plus one year: 9 X 30 + 1 = 271. And 1945 + 271 comes to 2216 CE, the zero hour or midnight hour on the cosmic clock.

That being the case, we are certainly in it for the long run.