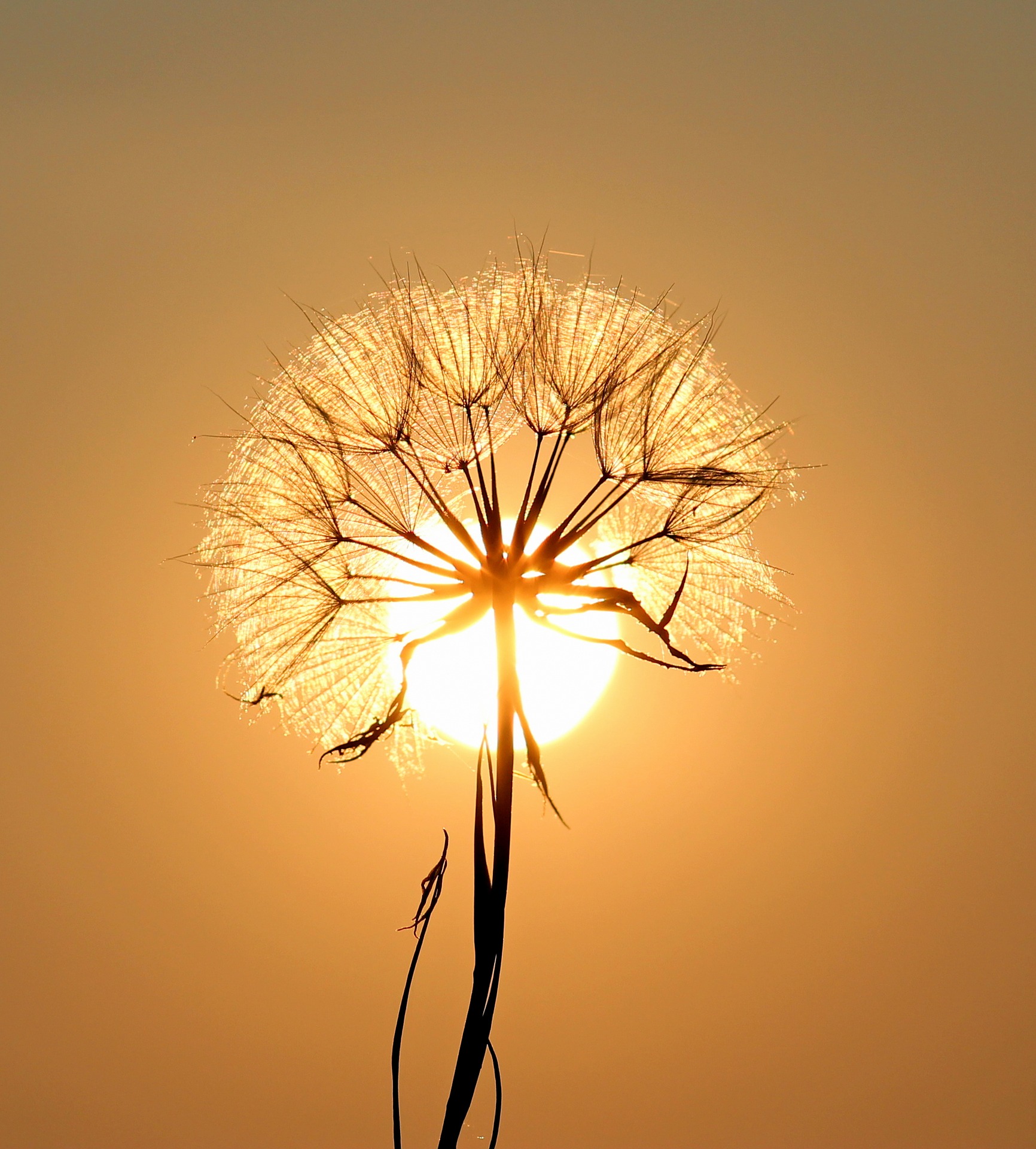 The first and final lesson of Living Myth: Search however and wherever you may, you will never find another you, and that is you.

There is no better way to introduce the topic of living myth than by the reference I have often made to the Romantic Movement. In fact, when all is said and done, Romanticism could be defined as the religion of imagination. And imagination is, after all, both the origin and instrument of myth. 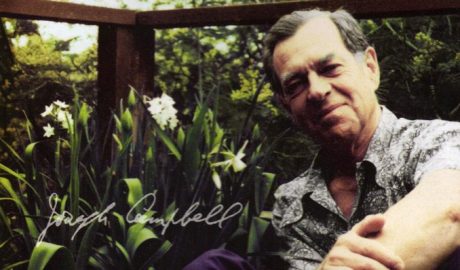 [Photograph from the cover of The Hero’s Journey, permission for use pending]

Where to begin with this immense topic? Well, the bedrock of all Romantic poetry and art exhibits a fissure that you may conceive in the form of a tautology, a proposition that validates itself by reference to itself. I will start by bringing your attention to this fissure.

Romantics universally claimed and proclaimed in their works, produced by the power of imagination, that imagination is the ultimate power that produces their works, or any great work of the human spirit.

Citations supporting this statement could run into the hundreds. The self-referential redundancy is obvious. The tautology here is due to the omission of a dyad which I am most delighted to provide:

It is a truism of all lit-crit studies and deeper philosophical investigations of Romanticism that the leading voices of the movement regarded imagination as a divine force, or at the very least, quasi-divine or proto-divine. Great, and what does that inspire? Quite a lot, really. Nothing to complain about there. The trick is, although human imagination may hold god-like properties, and may indeed approximate the divine dimension of reality, it stands totally distinct from the dynamics of divine imagination.

The Romantics considered the power of human imagination to be divine, due to having no basis to distinguish between divine and human imagination. Hence the false dyad expressed in the tautology stated here.

The problem at the core of the Romantic view of creative imagination is that it disregards the distinction between human and superhuman imagination, a distinction those of that day could not have made. This was the case due to the lack of a narrative that could reveal to them what divine imagination is, and how it operates — something accomplished in the GNE. That talent which it is a curse to hide is the imaginative power inherent to the anthropos, endowed in the species. That talent is the source of many creative achievements, obviously… but what is the source of that talent itself?

The Romantics could not answer that question. They considered that unique talent to be the source of their inspiration, the root of their creative drive, and rightly so, but they failed to reach the superhuman origin of that talent itself. Great mythmakers though they were, they did not advance to living myth in the sense it is achievable today.

I left Santa Fe for Europe in October 1991, coming around now to almost one full cycle of Saturn. (Saturn was in 301 in the throat of the GOATFISH when I left the USA, never to return there as permanent residence.) In March that same year, The Seeker’s Handbook came out. On the dust jacket there was a thumbnail photo of the author with this paragraph:

John Lash was born in 1945 and grew up in Maine. Entering the school of life at 17, he pursued aimless wandering in the East and hard labor in the West. Currently living in Santa Fe, he uses poetry and myth to teach self-direction.

This short item is one of the very rare occasions where that term “self-direction” occurs in print or in any association with myself and my work. The attribution is correct. I did teach what I then called self-direction using poetry, myth, and the tool of astrology that I had customized over some 22 years since casting my first horoscope in 1968. At that time, I even had a beta version of StarBase (Celestics) up and running, though it would be another eight years before I wrote Quest for the Zodiac.

In September of that year, just before leaving for Europe, I did a presentation in Dallas, Texas, at the Dallas Institute for Arts and Humanities. My host and sponsor was Robert Sardello, a generous friend of that time.  At that weekend seminar I proposed the method of imaginal technique (IT) as a way to engage the powers of imagination in open-ended mythmaking. It was fitting to invoke imagination at that place, as  the figure of Pegasus looms over the city. 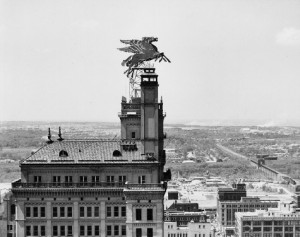 Pegasus, mounted on the roof of the Omni Hotel, Magnolia Building, Dallas, Texas

So, upon leaving the USA, I had some formidable assets to take with me into my future life: the method of self-direction, StarBase, IT. Not to mention my role as the published author of a book intended as a direction-finder for the spiritual quest.

What I did not have was the living myth that could give coherence to these assets and ultimately give direction to the teacher who presumed to advise others on self-direction. You may wonder, did I know what I was missing? Not exactly, not so I could define it. But I definitely felt something was off.  I faced bouts of despair and a basic uncertainty about my calling, due to the sense that I could not provide a trustworthy way to handle the power of imagination that I was inviting others to engage. Just as happened with many of the Romantics, I staggered around and veered at moments toward burn-out.

It took another seven or so years before I turned my full attention on the Nag Hammadi writings with the aim to get to the core of the Gnostic message. The first fruit of this undertaking was a 900-page ms, “Lord of the Clones,” completed in January 2001.  The title of one of its chapters, “Not in His Image”, morphed into the title of the book published five years later, in November 2006.  In that five-year interval, I stabilized the perception of the Organic Light and established full-frequency two-way communication with the Aeonic Mother. The recognition that the Organic Light was her primary substance body gave me the confidence to restore the Sophianic narrative.

East-facing flank of the Sierra de Libar, seen looking northwest from Infinity Ridge. It was in the moment of beholding the Organic Light erupt through the side of these mountains as their total mass heaved and rippled like an enormous serpent, that I realized the OL was Sophia’s Pleromic luminosity, materially immanent in the earth.

Once I had the narrative, I saw why my previous efforts and adventures with the power of imagination in my home country had not succeeded: I saw what I had been missing. The recovery of the sacred narrative provided the steering structure by which, finally, I could show the world how that power is to be described and directed.

Bear with me, I am not going over these developments of my past due to nostalgia. It’s a way for me to show you where you stand once you make the commitment to live in the myth of the living earth. I present it here, introductory to Course 6, so that you can see what the groundwork is, the sacred terrain on which you stand. That terrain has been won for you, you don’t have to look for it and locate it, then survey it and stake it out. But you do have to claim it as your own and hold that ground.

When I wrote The Seeker’s Handbook — at the height of the wave of New Age publishing, the early 1990s — I did not anticipate the day I would come to offer this advice to seekers: SEEK NO MORE. But that day did come, and I do insist on that pronouncement. I’ve said a few times that the truism, “It’s the journey, not the goal.”, does not apply in the Sophianic view of life. Gnosis is teleological, like treasure-hunting. Imagine you are working on the crew of a boat dedicated to finding treasure, and you dive for treasure, and you find it.  What do you do then? Chuck it into the hold and ignore it, or better still, toss it back into the ocean and shrug, saying, “Well, it’s the hunt not the treasure that matters, so let’s continue diving”?

It damn well is the treasure that matters. It’s the goal that counts in the ultimate scheme of things. Of course, there is an art to savoring the journey, step by step, and learning from the way it goes. But to insist that only the journey matters, not arrival at the destination, is wrong, obtuse, and defeating to the human sense of purpose.  I  realize, of course, that those three words, SEEK NO MORE, do push certain buttons. Superficially, such an admonition would appear to come from someone suffering from the illusion of knowing the full truth about everything, once and for all. What’s worse, the individual pronouncing those words is likely to hold the presumption of exclusive attainment, knowing things that no one else does.  On those grounds, it is easy to dismiss anyone who would advise you to SEEK NO MORE, as if to say, “Stop searching and questioning, turn off the drive for learning and discovery, including self-discovery.”

That is definitely now what I mean when I use those three words.

Gnosis is knowledge of ultimate truth — or better said. of certain ultimate truths, ultimate principles. The trick is, inherent to that rare knowledge is the clear realization that it does not imply the final knowing of everything to be known. No, not at all. On the contrary, it is the breakaway point of a higher curve of seeking and knowing.

Seeking no more for certain ultimate truths is the very condition that enables the transcendent drive toward seeking to shift into high gear. It is the turning-point where the drive for knowledge jumps to a higher iteration.

The status of SEEK NO MORE is the foundation for a process of discovery and learning that never ends and just gets better and better. It is the precondition for learning at the optimal level of the human species, the genius level. But this process of continuous learning (and teaching as you learn!) is steadied and directed by adhesion to those ultimate truths for which you SEEK NO MORE.

Thus, once you SEEK NO MORE, seeking does continue but without the need to ponder aimlessly over ultimate truths. Those ultimate truths are the rare treasures to be found by deep-diving into the mysterious depths of the human adventure.